I’ve decided to make a separate post for this dacquoise recipe, solely because it is long and I don’t need all the pictures crowding other recipes that make use of this cake layer. I originally made this dacquoise cake as the base cake for my mango passionfruit entremets (my second go at an entremet cake after my Cherry Chocolate Mirror Glazed Entremet) and decided it’s probably a good recipe to know for other things as well.

If i had to describe what a dacquoise cake is, I’d argue it’s basically just an almond meringue. I’m sure that wording would express some traditional French pastry chefs, but that’s what it is to me. What makes it so good in entremet cakes (in my opinion) is the lightness and delicate flavor it can offer to whatever mousse is set atop it.

The first thing you want to do after getting all your (small amount) of ingredients in their mise-en-place is to whisk the egg whites in a double boiler. When cracking the eggs make sure that you get none of the yolk into the whites otherwise you’ll have to dump out your whites (or just make something else) and start over. The yolks will prevent your whites from whipping to stiff peaks, which is kind of the whole point of this cake.

A double boiler is just a pot of water with another bowl sitting just above the water level. I used a small metal pot topped with a glass mixing bowl. You want the egg whites to get very hot, and a bit frothy. Don’t worry, most of the heavy duty whipping will be done in a stand mixer.

Once the egg whites are hot, move them over to a stand mixer on whisk attachment and let it run on high until stiff peaks form. While this is whisking you can sift your flours together. Almond flour can be gritty if it is low quality, and we only want to use the finest powder for this recipe. Just discard the large bits and keep sifting until you reach the correct weight.

Next pour the flours into your whipped egg whites and use a rubber spatula to fold everything together. Try not to deflate the egg whites, so stop right after you reach a homogeneous mixture.

When the batter is done, move everything to a piping bag. You don’t need a tip attachment, so you could just use a plastic bag with a corner cut off. You then will pipe the dacquoise cake batter in a circle fashion into the base of your cake pan. I used a springform cake pan, but it’s probably even better to use a cake ring on top of a silicone baking mat for easier removal at the end. Use an offset spatula to smooth the tops. Dacquoise cake doesn’t rise in the oven, so any imperfections from a not smooth batter will show up in the finished cake (as you can see from all my pictures.

It depends on the thickness of your batter layer to be honest. I baked at 175 Celsius, 350 Fahrenheit for 8 minutes. However my cake was sitting quite close to the top of my oven. The best way is just to watch the cake and as soon as it goes slightly golden, do the toothpick test. If it comes back clean you’re all good. As you can see from my second picture, I stuck a toothpick in about 6 times. It came back clean in the first go…I just wanted to make sure it was evenly cooked throughout.

I laid down parchment paper on the bottom of the cake pan, but I still had to use a thin knife to cut around the edges. This is where I also should have made a parchment ring. 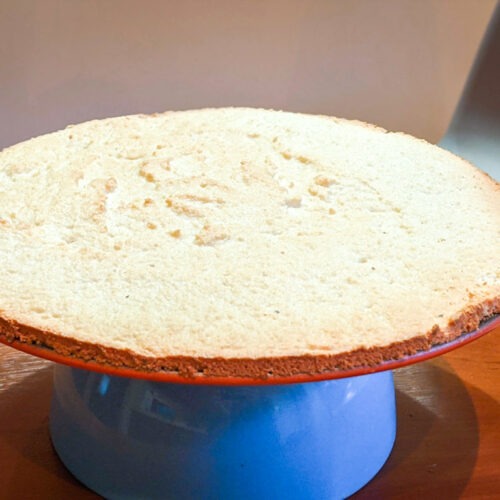 Recipe adapted from Chef Iso.
Did you make this?Mention @CookingToEntertain or tag #cookingtoentertain and let me know how it was! 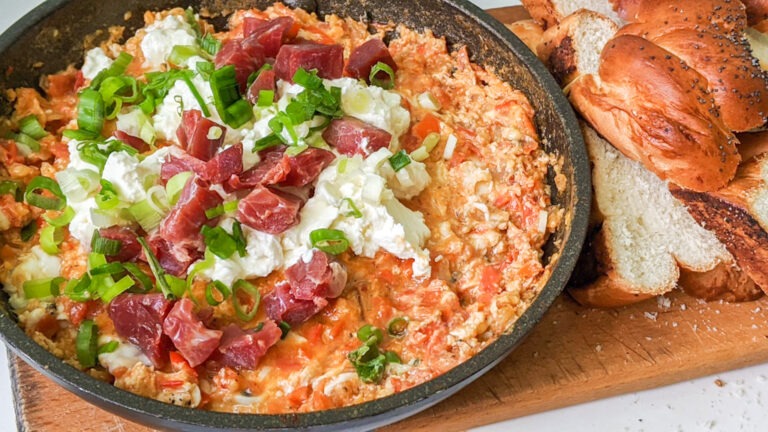 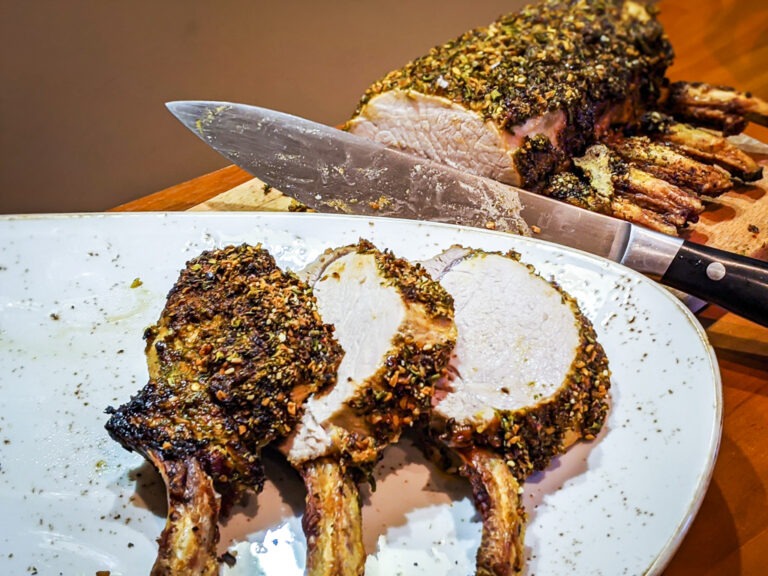 How To Roast A Perfect Rack Of Pork 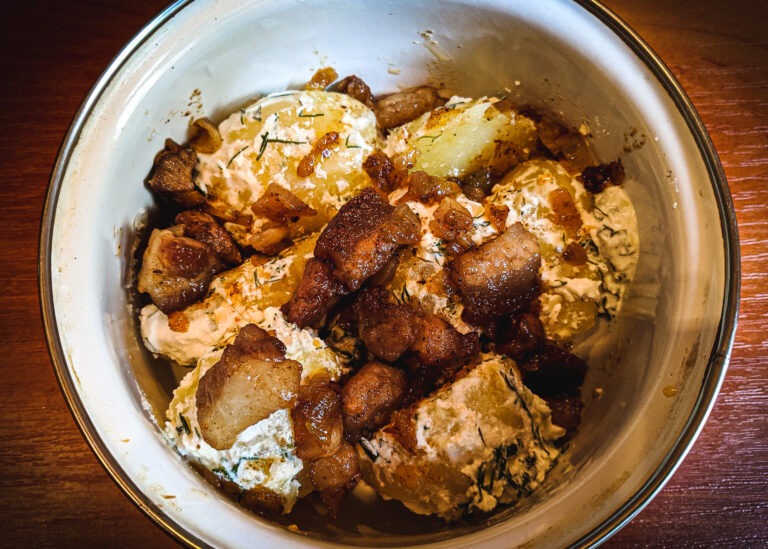