The Cable Car is a fairly new cocktail on the scene, having been created in 1996 by Tony Abou-Ganim. It is a slight variation of The Sidecar, mainly changing out the Brandy for Spiced Rum.

The best part about this drink, in my opinion, is the extra aroma brought forth by the cinnamon. You can actually garnish it with a cinnamon stick if you want instead of the lemon featured in the picture.

While you could classy this Cable Car up and put it in a Martini Glass, I think a thick rocks glass works better as it is easier to get the salt to stick.

With so few ingredients, this should be an easy addition to any home bar repertoire of cocktails.

Rock Salt, for the rim

1. Rub the lemon wedge around the rim of the rocks glass. Sprinkle some Rock Salt on the edge and set the cup aside.

2. In a cocktail shaker add the Rum, Lemon Juice, Cointreau, Simple Syrup and Ground Cinnamon along with some ice and shake it up.

3. Drop 2-3 Ice Cubes into the Rocks Glass and strain the contents of the shaker into the glass. Garnish with the Lemon Wedge and serve.

As this is an extremely fragrant drink with three different Citrus Notes, I would suggest pairing it with canapés that don’t clash. A well made Beef Tartare, or even my Feta Stuffed Peppadew Peppers are a great match for a drink such as this.

This is also quite an acidic drink, so I don’t like to have more than 1 at a time, but the easy remedy is to just cut back on the amount of Lemon Juice used.

If You Are In America And Want 1-Hour Alcohol Delivery Direct To Your Door, Click The Image Below 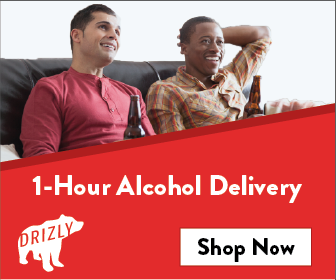 Searching is in progress

Hey everyone! I'm Cody. Great to see you enjoying my recipes and food travel posts. Hope you are enjoying your time here, and if you want to learn more about me click my pic and it'll shoot you right over to the About page.