The shishito pepper has gotten quite popular in recent years. The shishito pepper comes from East Asia and is a noticeable part of the cuisine of Japan and Korea. While there are many dishes and side dishes that incorporate this pepper, the most simple version is just basic blistered shishito peppers which are quickly fried in a bit of oil and sprinkled with salt.

Shishito peppers are not spicy, however every once in a while there will be one that can be a bit hotter than normal. People say about 5-10% chance you get a spicy one, but at that it’s still far less spicy than a jalapeno.

How To Prepare Shishito Peppers

Interestingly, the preparation for shishito peppers and the Spanish padron peppers is almost the same. You just put them in a bowl, toss in a bit of olive oil, and pour right onto a very hot pan.

I do recommend poking a hole in the peppers to help air escape. You can do this with a little paring knife or even a sharp chopstick. This will prevent the air inside from expanding under heat and causing the pepper to explode.

Once you toss the peppers in some olive oil and put them on the very hot pan you don’t have to do much. Listen to them sizzle and shake the pan a bit to roll the peppers around. You can use tongs to turn them if you need but we aren’t trying to blacken every bit of these peppers so I find shaking or even tossing the pan to work just fine.

One of my favorite things I learned during my time in Japan was soy sauce and mayonnaise. I honestly can’t believe I didn’t imagine it before as it’s so simple! Yet it wasn’t until I asked, “what is this?” and got a look of incredulity that I didn’t know something so popular that I knew it wasn’t anything complicated.

This Japanese soy mayonnaise only needs two ingredients, but I add one more for a little boost. Also, you can use your own homemade mayonnaise in this recipe, or a store bought one. If you want to be as authentic as possible, try to find real Japanese Kewpie mayo!

1/2 tsp Sesame Oil – optional. If you don’t like sesame oil you can leave it out, or replace it with chili oil for a spicy soy mayo.

After frying the shishito peppers in the pan tip them into a clean bowl. Give a good sprinkle of flaky salt and toss so they are evenly seasoned. You can also add other seasonings like black pepper, lemon juice, or more, but to keep it simple I just use salt.

Put them on a plate along with the soy mayo dipping sauce and serve! I like to sneak a few before bringing them out as they tend to go fast when my guests are around. 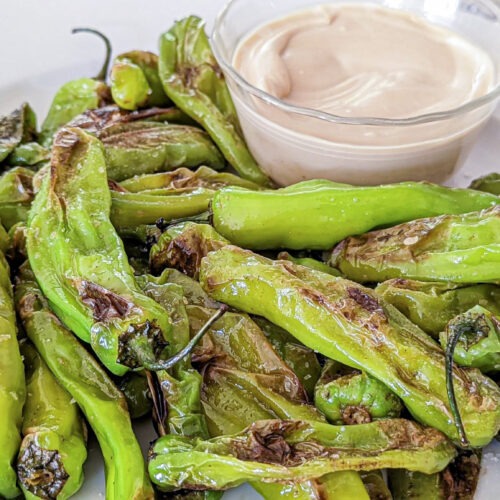 Serving: 4people
Did you make this?Mention @CookingToEntertain or tag #cookingtoentertain and let me know how it was! 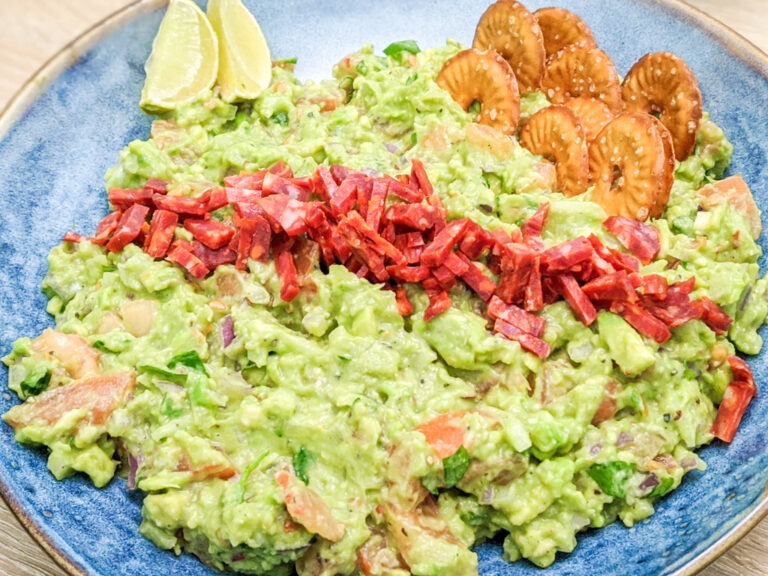 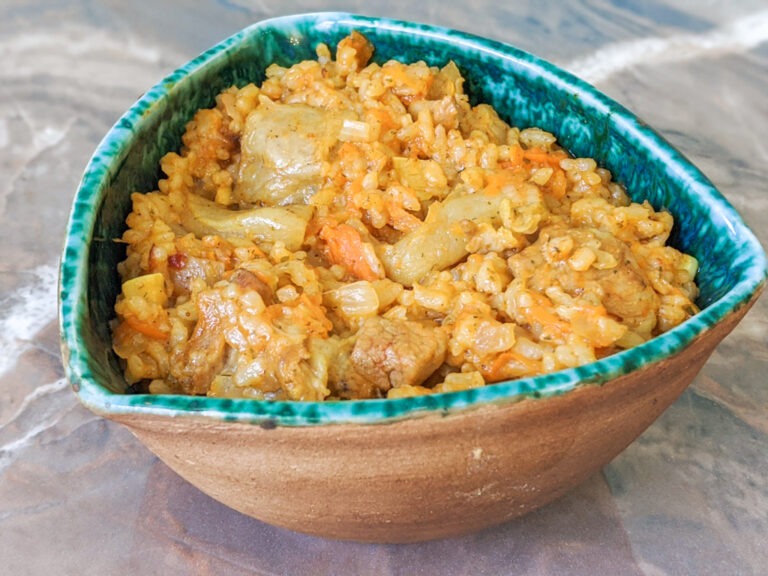 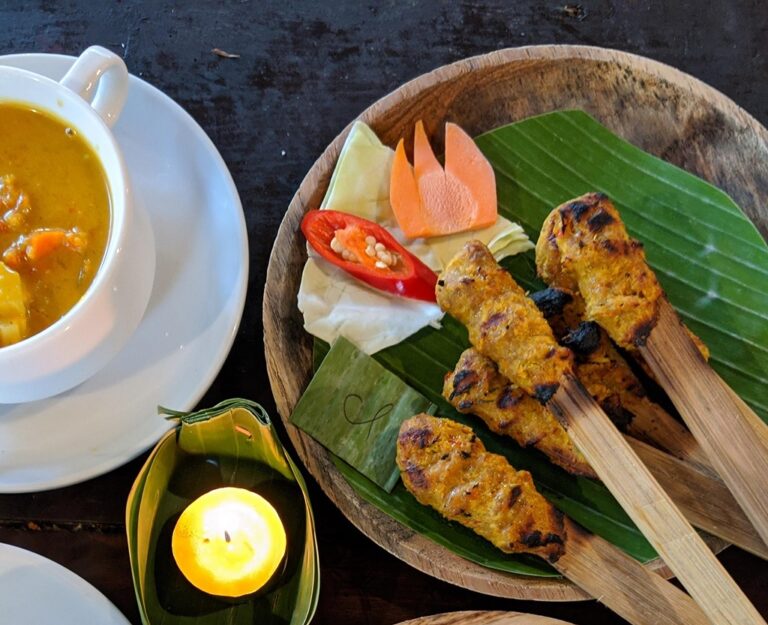